Why do we suffer from nasal and sinus discomfort?

The body's nasal and sinus membranes have similar responses to viruses, allergic insults, and common bacterial infections. Membranes become swollen and congested. This congestion causes pain and pressure; mucus production increases during inflammation, resulting in a drippy, runny nose. These secretions may thicken over time, may slow in their drainage, and may predispose to future bacterial infection of the sinuses. 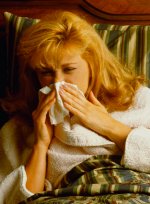 Congestion of the nasal membranes may even block the eustachian tube leading to the ear, resulting in a feeling of blockage in the ear or fluid behind the eardrum. Additionally, nasal airway congestion causes the individual to breathe through the mouth.

Each year, more than 37 million Americans suffer from sinusitis, which typically includes nasal congestion, thick yellow-green nasal discharge, facial pain and pressure. Many do not understand the nature of their illness or what produces their symptoms. Consequently, before visiting a physician, they seek relief for their nasal and sinus discomfort by taking non-prescription or over-the-counter (OTC) medications.

What is the role of OTC medication?

There are many different OTC medications available to relieve the common complaints of sinus pain and pressure, allergy problems, and nasal congestion. Most of these medications are combination products that associate either a pain reliever such as acetaminophen with a decongestant or an antihistamine. Knowledge of these products and of the probable cause of symptoms will help the consumer to decide which product is best suited to relieve the common symptoms associated with nasal or sinus inflammation.

OTC nasal medications are designed to reduce symptoms produced by the inflammation of nasal membranes and sinuses. The goals of OTC medications are to: (1) reopen nasal passages; (2) reduce nasal congestion; (3) relieve pain and pressure symptoms; and (4) reduce potential for complications. The medications come in several forms.